Previous Next
Feeding Horses in Winter 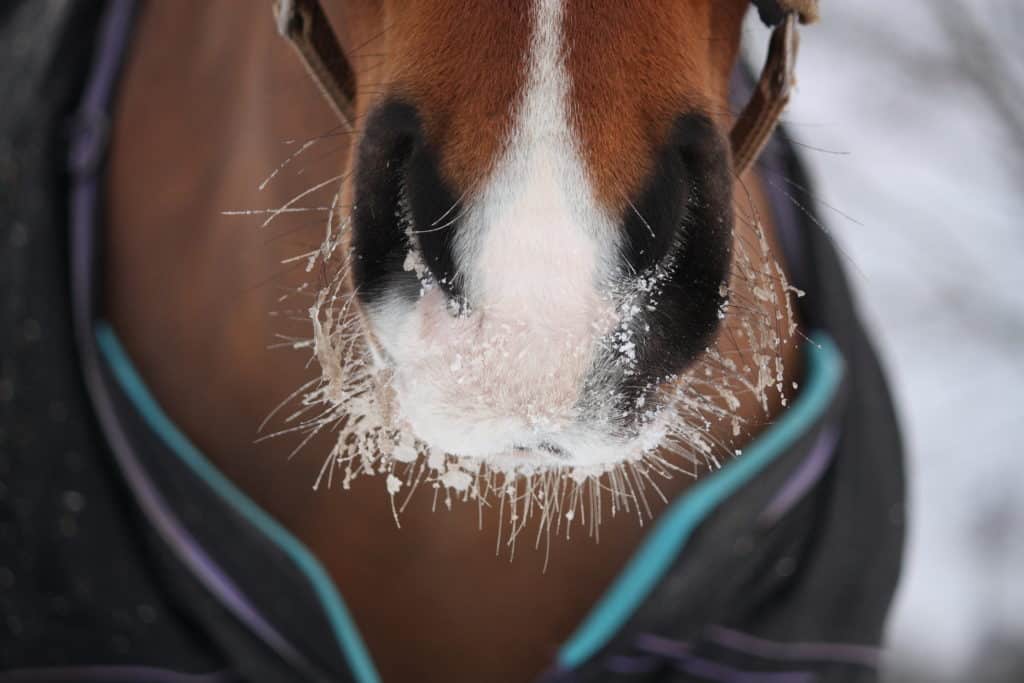 Feeding Horses in Winter– As winter sets in and temperatures begin to drop, some changes in your horse’s ration may be required. Horses are well adapted to cope with climatic extremes and have an innate ability to seek shelter and suitable feedstuffs. This ability will help to cope with harsh climatic variables such as sub-zero temperatures and ice cold winds. However, domestication has seen horses confined to a stable or paddock in which they are unable to exercise this ability and must, therefore, rely on the feed and shelter provided.

A horses coat is the first line of defence against the cold. During the winter months, the length and thickness will increase in anticipation of the drop in temperature. The increased length and thickness will allow hot air to become trapped and provide external warmth. The hairs become raised (piloerection) as a mechanism for trapping and heating the air beneath. It is therefore important to allow the horse to naturally grow its coat, as it is an important defence against the cold. Moisture in the coat can increase the weight and limit the ability to trap and heat air beneath. The use of rugs during the winter as an additional layer for heating and to repel moisture is therefore beneficial in cold and wet climates.

In preparation for a decline in temperature, a horse should be in a healthy body condition score (3-4). Feeding for a healthy condition score will ensure a fat supply is available to cope with the increased energy requirements during the winter months. Horses which are underweight and have limited fat deposits for insulation will struggle to cope with the decrease in temperature and additional energy required to maintain homeostasis. Fat stores are a secondary line of defence against the extremities and may be metabolised should the dietary energy content not meet the daily requirements.

During winter the energy requirements increase to allow for the additional energy needed for heat production. It is important to gradually adjust the energy content of the ration to compensate for these changes. To increase energy within the ration the common conception would be to increase the grain content as it is generally the most readily digested and concentrated energy source. This part is true! However, fibre is digested by microbes within the hindgut and additional heat is generated as part of this digestive process. The heat generated via microbial fermentation is a beneficial contribution to internal heat stores. A minimum of 1% of the horse’s body weight (BW) should generally be provided in roughage daily to maintain the health of the gastrointestinal tract (GIT). However, as temperatures decrease the provision of additional hay is advised (1.5-1.75% BW/day) to contribute to the generation of internal heat.

The use of oil within the ration is also a beneficial inclusion due to its digestibility and energetic value. Oil is readily absorbed across the wall of the small intestine and utilised to fuel metabolic processes or stored in adipose tissue as body fat, acting as both a source of insulation and energy reserve for future use. Ranvet’s Grand Prix Oil® is a highly palatable blend of Omega-3, 6 & 9 fatty acids which could be added to your horse’s winter diet to increase energy intake, maintain a healthy body condition score and coat shine. Grand Prix Oil® contains natural garlic oil to maximise palatability and provide the numerous benefits of garlic. It has been proposed that garlic may have respiratory health benefits such as reducing respiratory mucus and relieving coughing symptoms.

Colic is a problem which is not uncommon during the winter months. Winter colic is often the result of feed impaction within the GIT. It is a common misconception that because of a reduction in temperature during winter that electrolyte provision is not vital.

This myth is in fact untrue!

A horse will continue to sweat and lose electrolytes on a daily basis despite outside temperatures, even if it is not directly visible, which is why we recommend the provision of Salkavite or Electrolyte Replacer every time your horse is worked or at a competition. Electrolytes also play a pivotal role in stimulation the thirst reflex and the subsequent intake of fluids. Decreased water temperatures in conjunction with declining electrolyte provision can pose a threat of inadequate fluid intake, a reduction in gut motility and therefore increase the risk of impaction colic. A desirable drinking water temperature for horses is between 7-18°C, in some areas water troughs may freeze over during winter and water temperature may be significantly lower than this, negatively impacting on water intake. Routine monitoring of the vital signs (in particular the skin turgor test) is an effective means for assessing the hydration status of the horse.

The inclusion of salt in your horse’s daily ration and a Salt Lick in your horse’s paddock/stable is recommended to help stimulate the thirst reflex and encourage water intake.

If you would like any further information on feeding your horse in winter, feel free to contact Ranvet’s Nutrition Team on 1800 727 217. 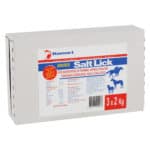 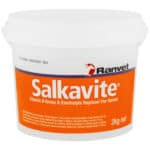 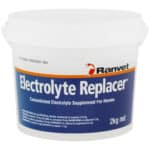 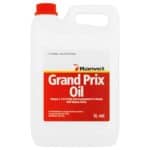 Do I need a ration balancer pellet?