What is Harness Racing?

Previous Next
What is Harness Racing?

What is Harness Racing?

Harness racing is a type of horse racing where Standardbred horses’ race in a specific gait either Pacing or Trotting and pull a Sulky with a “driver” in the sulky. The Sulky is also commonly referred to as a (Gig, Cart, Bike or Spider), it  has two wheels and is aerodynamic in shape for maximum speed, and is attached to the horses saddle and pulled behind the horse, with the driver steering the horse.

It is colloquially known as “The Trots”. It is gambling sport where people wager money through Bookmakers or totalizers and bet on the winners or combinations of such.

Standardbred horses are the breed of horses that engage in these races. The  Standardbred is an American horse breed best known for its ability in harness racing. There are two gaits in which a Standardbred races, either a trot or pace.

What is the difference between a Pacer and a Trotter? 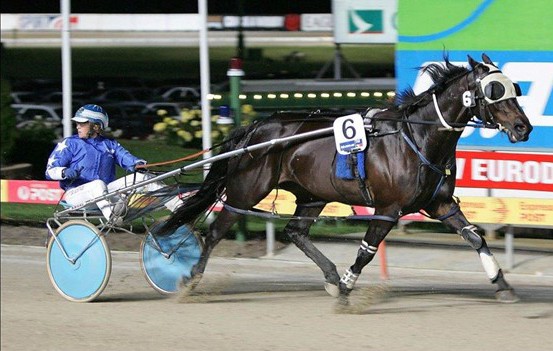 Above is a picture of a horse PACING in a race. Visibly the offside front and rear legs are moving together as are the nearside legs moving in unison. Most Pacers wear gear called Hopples. These are loops that are attached to the horse and used to guide the horse.

A trotter has a gait whereby the legs are moved in diagonal pairs, (i.e.) the front nearside leg and hind offside leg move together and strike the ground simultaneously. The below photo demonstrated the gait of  a trotter. 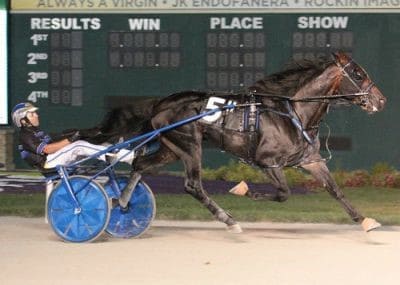 Essentially Pacers have an extra gait. Our current understanding of the genetic basis for these gaits is limited to one known mutation in the DMTR3 gene – the so-called gait-keeper gene.

Pacers are not allowed to race against trotters, but trotters can go into pacers races, although it is not common.

The other anomaly is that some horses are what we call Dual Gaited, meaning that they can do both gaits at race speed. Most of these horses start out as pacers, and show a propensity for trotting in training, they are then converted to Trotters and compete in trotting races. Although they are not allowed to compete in both races and have to be registered as either a Pacer or a Trotter.